A Very Merry Christmas to all!! 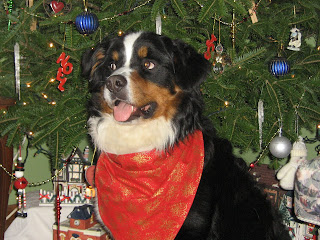 I hope that Santa found everyone! 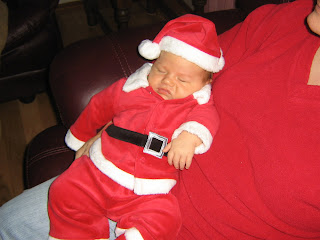 Lots of comings and going here at Precious Acres.....
Last month we had a lead on a dog that was to be given away, but we were second in line, he was already promised to another family. We went to visit him anyway, he was very timid, didn't like men, his owner felt she could not devote the time to him that he needed. She is a single mom, so Major had to find a new home.
Major went to a family who had young children......so if we couldn't get Major we thought we'd look into other options.
A couple of days later we took Shadow in to join our family.......his owner to say the least was a KOOK! She stayed for 3 hours to make sure we were a good fit. She looked in bathroom cupboards, let him all over our furniture and let him grab MY stuffed animals and did not say a word but being such good quiet people we are let it go...WEELLL!
We took him in the car to the park for a walk, where he pulled all the way, he was good in the car though. Bought him lots of food and treats. We could not leave him unattended for one second, we had to take turns looking after outdoor critters, he was wild over the chickens. So we settled in for the evening, grandson came for a visit, didn't dare set him down for fear he'd be jumped on. We put a barricade up in the hall doorway so the cats could have some peace and quiet in the bedroom, he just plowed right on through them. He ate 2 stuffed animals and stole garbage out of the closed garbage can. My final breaking point was when he cornered all 4 cats in the bedroom and they were literally throwing themselves against the wall to get away....I had a melt down and one of us had to go! So after 12 hours Shadow went back to his owner, and I said never again, we do not need a dog.
A few days later Major's owner called and the people who took him didn't feel as though he was going to work out, they had a female dog who he would not leave alone. Were we still interested....she was leaving for England in a few hours for Christmas and didn't have time to make arrangements. So.........Major is settling in nicely! He was crate trained and stays in the porch on the mat or in the hall. Comes in when invited, and hasn't chewed anything! Is learning to walk on a leash and is working on not bothering the kitties. He is a 13 month old Bernese Mountain Dog.
I still feel bad about Shadow it was not his fault he didn't have any manners! Major has some trust issues but we feel as though he will become a great friend. Welcome home sweet boy! 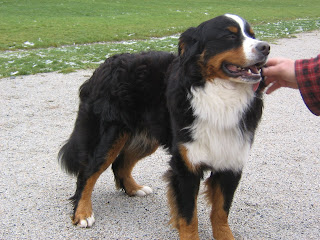 Sunday evening we got together with my mother-in-law and her mother who is 93. My husband, son and his baby make five generations. 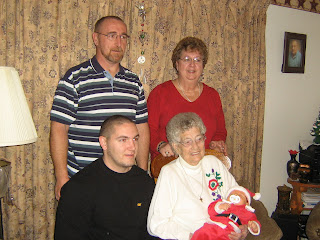 Giving in its purest form, expects nothing in return. 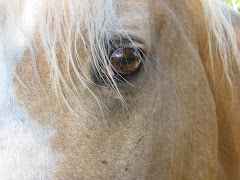